It is the latest university to announce radical new steps to try and increase its intake of students from deprived backgrounds.

A Russell Group university is to offer free tuition for disadvantaged A-level students in a bid to boost diversity.

The University of Birmingham has already dropped its entry requirements for children on its Access to Birmingham scheme, by making them offers two grades lower than the norm.

Despite this, only a third (36 per cent) of students on the programme achieve their grades, meaning that places set aside for disadvantaged children often end up being re-allocated to their more affluent peers.

It is the latest university to announce radical new steps to try and increase its intake of students from deprived backgrounds, as Vice Chancellors come under increasing pressure from the Government to improve access.
“Every year there are a significant number who don’t achieve their offer,” said Gail Rothnie, head of outreach at the University of Birmingham.

“There are a large number of students who don’t meet their predicted grades. We want to do our part to help students meet their offers. For students from more advantaged backgrounds, their family may well be paying for tutors.”

The Access to Birmingham scheme is aimed at children from local schools who are from deprived socio-economic backgrounds, who can qualify through a range of factors, such as being eligible for free school meals or being the first in their family to enter higher education.

The unviersity has enlisted the services of an online tutor company called MyTutor, which provides online one-to-one tutorials. The pilot is due to begin next month, with 100 students each being offered 10 hours of tutoring for the A-level exams they will sit this summer.

If the pilot goes well, Birmingham plan to roll it out on a much wider scale, and other Russell Group universities are likely to follow suit.

James Grant, who founded MyTutor three years ago, said: “It is all well and good lowering grades, but disadvantaged students might still struggle to make them.”

He said that a group of universities in Yorkshire, including Leeds and Huddersfield, had also expressed an interest in investing part of their access budget on tutoring school children.

In December Bristol University unveiled a new “Bristol scholars” programme whereby “high potential” pupils could be offered places with grades as low as C, on courses which typically require top grades at A-level.

Last year an Oxford college announced it will increase the number of places by 10 per cent in an effort to widen access to students from disadvantaged backgrounds.

University College, Oxford, said it would offer students an ‘intensive’ four-week bridging programme in the summer before they start their degree to bring them up to speed.

It comes as the Government tabled an amendment to the Higher Education and Research Bill – which is approaching report stage in the House of Lords – that places a statutory duty on universities to publish attainment data of students, broken down by gender, ethnicity and socio-economic background.

Addressing a meeting of Universities UK, the vice chancellors’ body, Universities Minister Jo Johnson said on Friday that transparency on figures for applications and offers is an “important driver of access and participation”.

Mr Johnson told vice chancellors that the Government hopes to double the proportion of students from disadvantaged backgrounds entering higher education and to increase the number of BME students by 20 per cent by 2020. 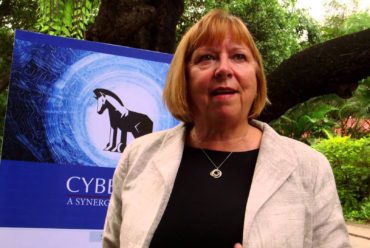 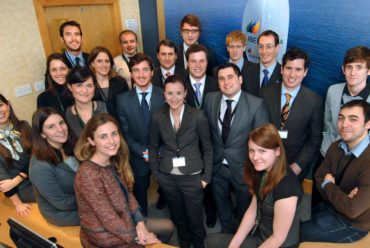 Students to be offered university degrees over two years